But my Baby Died

I'm going back through some of my "drafts" (all 62 of them!) and pulling out some ones that I feel are worth sharing. This one was written early in the fall of 2013.

"But my baby died," its the line that always pops into my head. Fall is here and there is a lot of "newness" going on. New groups to join, new venues to go to, new things to experience. And at times I've had that sinking feeling of being alone in a crowded room, misunderstood in a group of like-minded people, basically an outsider. Because what my number one job is on a daily basis is to relate to people. I'm a woman. I stay at home. I'm with other women a lot. My vocation as wife and mother is relational, and I love that. But my baby died and that isn't relational.

Lately I've wanted to add that line, "but my baby died," onto the end of every story I hear, every testimony given, every happy song sung. And its not so much about bitterness or jealousy but more out of a feeling of isolation. I'm a mother to a live baby, but my dead child seems to dominate my motherhood.  That makes me feel different, always. And then I just don't know what to do with that feeling. I don't know where to put it or where to store it. So I just sit with it.

That's right I thought, I'm not alone. You didn't do anything either, and they killed you. You did everything right and your world still fell apart. And it's times like tonight that I realize having a dead son is and will always be a part of my sanctification. Because the more I navigate through this world without my son, the more I find myself being molded to our Lord. Every time that I want to add the line "but my baby died," just to prove that I've had it worse, that I've lived through hell, I don't. Instead I ask  for grace and understanding to meet others where they are at without having to one up them. Because in the end-Jesus story beats all of ours. It's the worst thing that could ever happen. And at times when I feel alone or isolated or misunderstood I have to remember that God is in this with me. In fact, He gets it more than most people ever will.

"But my baby died," yes, he sure did. But God knows, God sees, God hears, and God is with me. And  that is enough.

Two years ago today we checked into the hospital at 6pm to start our induction at 36 weeks and 5 days. I think this date, February 24th, will be forever etched on my heart. For me the 24th marked the end of the race. I crawled,cried, and dragged myself through her pregnancy and reaching the 24th felt like victory. Still to this day when I'm asked what day her birthday is, I automatically want to reply-the 24th, even though its the 26th. For me the 24th is the day her pregnancy ended and I could finally say that I had kept her alive all those months.

Looking back I cannot believe we have come so far since she has been born. I feel like a new person, someone much more whole than I was two years ago. Abigail has been a balm on my heart that was so broken. She is our joy and light.

Her actual birthday is this Wednesday. There is something about birthdays since losing Caleb. I feel  so grateful to be able to celebrate a birthday with parties, trips to chuck e cheese, cake and presents as opposed to visiting the cemetery and letting a few balloons go. Abigail's birthday is one of the biggest highlights of my year and I just keep thanking God for the gift of her. I'll share a video here that we are going to show at Abigail's birthday party. Enjoy!


I picked this song to go with the slide show not because I'm a Twilight fan (which I'm not) but because I loved the words...."I have died every day waiting for you..." Every day we waited for her felt like I was dying but then she came and taught me how to live again. Thank you Jesus for our daughter!

Here is the Scripture that I read every day during Abigail's pregnancy. It gave me constant hope:


Psalm 126
"When the Lord restored the fortunes of Zion,
then we thought we were dreaming
Our mouths were filled with laughter and our tongues sang for joy.
Then it was said among the nations,
"The Lord has done great things for them."
The Lord had done great things for us, Oh how happy we were!
Restore again our fortunes, Lord, like the dry stream beds of the Negeb.

I stumbled across this band the other day and I cannot stop listening to them. Maybe they are really popular and I'm just late to know, but I wanted to share some of their music that has really been speaking to my heart lately.

"Buried in the Grave"

And my favorite so far
"A reason to Sing"
"

And a beautiful explanation of the writing of "Reason to Sing"

When we got married I thought that raising our children would be the hardest thing we would do. I imagined many mouths to feed, little money, and a small apartment. We've been married almost 5 years and if I've learned anything it's that the raising part seems to be easy so far. We have a house that still feels too empty, plenty of food, and money left over each month for savings. The hardest thing I've ever done is not raising my children, it's trying to have children.

I have at least a dozen posts started in an effort to talk about what it feels like to try for your second rainbow baby. None of them are good so I've just kept quiet. But after another month of learning we are not pregnant I'm feeling the need to write. It's been 6 months of trying,which by itself is not a long time. But the thing that is the hardest, and something I was not expecting, is that this time around it's like things are getting piled up on that innocent 6 months. Like the 12 months it took to conceive Caleb. Or the one dead baby that happened along the way. It's another terrible math game that my head does before I can tell it to stop.

Trying again has shown me that the disappointment from the past keeps coming up each month and attaching itself to the current disappointment of that month's non-pregnancy status. And its draining me. Each month I'm faced with the questions of my heart toward God and His plan and His will. It's tiring and this is why I was hesitant to even get back into "trying" again.

There is also more guilt this time around that comes with the disappointment. Because I have a living child. I do! And she is the best thing and she is ENOUGH. So why do I want more? Why can't I be happy with just her? I'm let down each month and then have guilt for feeling let down.

Trying to have children is the hardest thing I have ever done. And let's be real for a moment and just admit that the "getting pregnant" part is not supposed to be the hard part for us. The hard part for us is supposed to be keeping the baby alive! I just feel like it's an uphill battle with no end in sight. That's why its hard, that's why it's sanctifying and I'm sure that's one reason God is allowing this to happen. Sometimes though I'm tired of being tried. Tired of being put to the "test" in order to have the "testimony."

But after all of those sad and despairing thoughts come and go, there are also other emotions that rise to the surface. If all the past disappointments are getting piled onto current ones, then I will also say that the same is true for my trust and faith in God. Because each month that we are not pregnant and the enemy whispers all his lies,

"God isn't here, He wasn't there when Caleb died. God doesn't care about the desires of your heart. God will not show up."

Each month as those lies are whispered, I also feel the trust and faith I have in God rising to the surface. Because those are just lies and I know it. God was with me when Caleb died. He walked with me, cried with me, carried me. God's plan has been perfect in its timing and I can say that He does know what He is doing because it's through God that I was brought back to the land of the living.

I'm not sure if this current time of trying to get pregnant will turn into another longer trial, but I do know that it is showing me just how much I have grown in my walk with God since I started trying to have kids. Yes, there are old doubts and old wounds that will always be there. But I'm also experiencing faith and trust that only comes with looking back on past trials. It's easier to laugh at the enemy when those lies come because I know they are lies-my life is a witness that God has been good and He does stay close to the brokenhearted.

"And I believe I shall see your goodness Lord, in the land of the Living!" Psalm 27:13 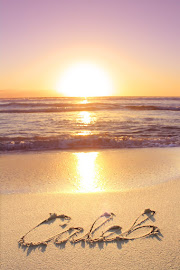 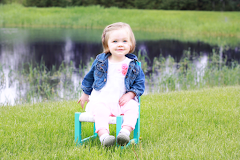 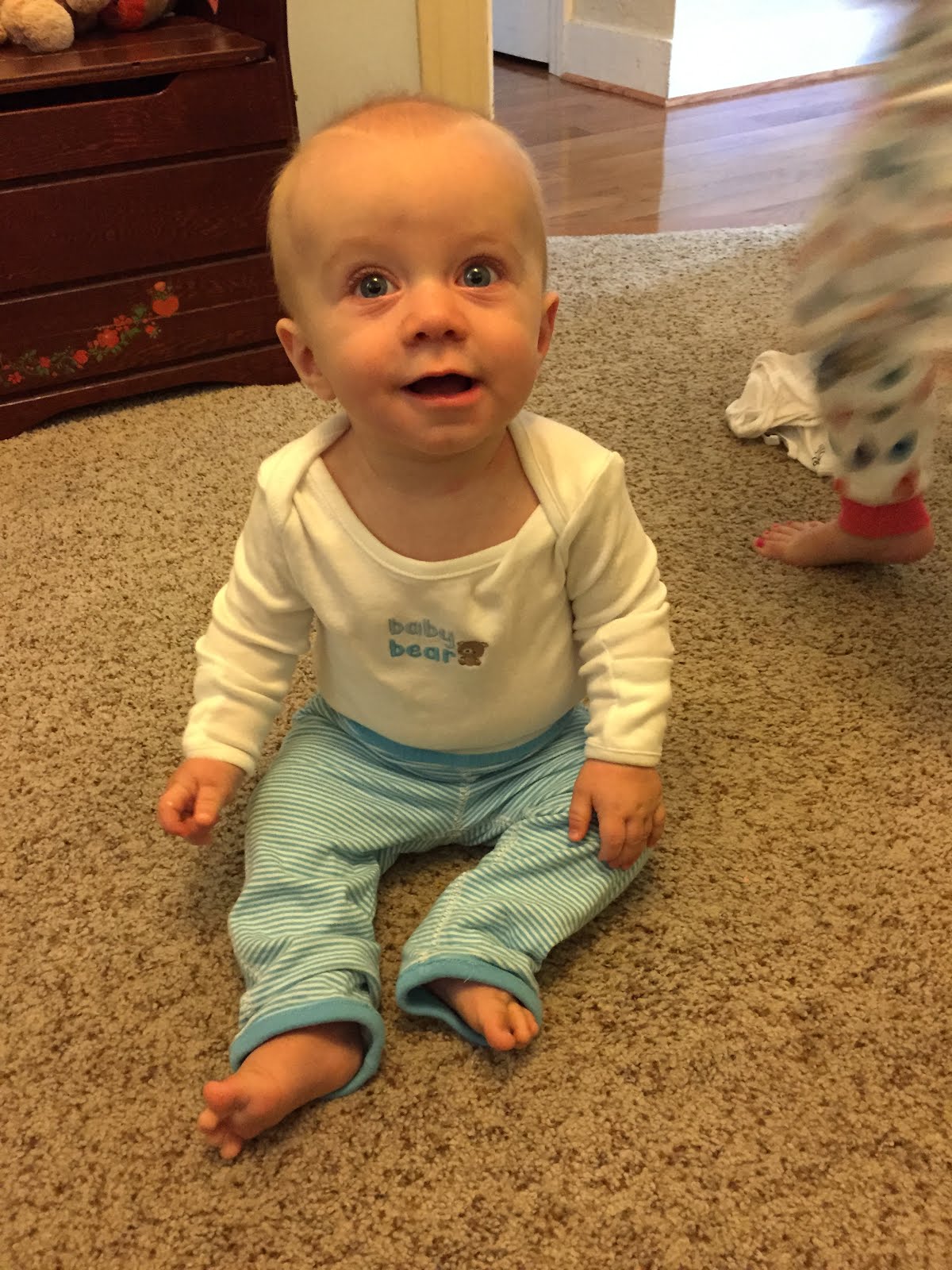